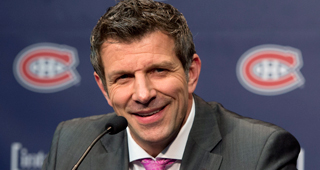 The San Jose Sharks have placed forward Evander Kane on waivers on Sunday and plan to send him to the AHL if he isn't claimed by another team. Kane's 21-game suspension for submitting a fake vaccination card is set to expire after the Sharks play the Blackhawks on Sunday night.

Scott Mellanby has resigned as the assistant general manager of the Montreal Canadiens.

The club made the announcement in a release Saturday night without providing additional details.

New York Rangers forward Artemi Panarin has been fined $5,000 for throwing one of his gloves at Boston Bruins winger Brad Marchand.

The NHL announced the punishment on Saturday. The fine is the maximum allowed under the league's collective bargaining agreement with the players' union.

Alex Ovechkin scored two of his three goals over 56 seconds in the second period as the Capitals beat the Panthers 4-3 on Friday.

Ovechkin has 18 goals overall, most through 21 games in a season by a player in at least his 17th season.

The Sharks said Friday that assistant general manager Joe Will will take over the team's day-to-day operations during Wilson's absence.

The New Jersey Devils are going to use a third jersey for the first time in franchise history.

The Devils announced Tuesday that a black sweater with the word "Jersey" on the front will be used for the first time on Dec. 8 against Philadelphia.

The franchise currently has home and away uniforms. The home sweaters are red and the ones on the road are white. The crest is an encircled NJ with devils' horns on top of the J. The pants are black.

Tampa Bay Lightning star center Brayden Point will be sidelined indefinitely because of an upper-body injury.

The two-time Stanley Cup champion Lightning announced the news during the first period Sunday against the Minnesota Wild.

The New York Islanders' long wait to open their new arena is finally over. The wins will have to come later.

Nearly four years after winning the bid to build a new home next to Belmont Park, the Islanders opened the doors to UBS Arena on Saturday night. The Calgary Flames were the Islanders' first home opponent this season after the team spent the first 6½ weeks of the season playing 13 road games.

"It's a beautiful building," said Lonny Lehman, a first-time season-ticket holder from East Meadow, New York, a short drive from the Coliseum. "[Looking forward to] just having a home again. ... It's been a long time coming. Our politicians failed us. Fortunately, our new owners kept us here and they're going to have a nice following."

The Canadiens said the positive test was confirmed Friday morning, and that Bergevin is being monitored by the teams' medical staff.

Penguins Getting Healthier Amid COVID-19 Outbreak

Carey Price Talks Treatment, Not Sure Of Return

Sabres Trade Jack Eichel To Vegas, Will Have Disk Replacement