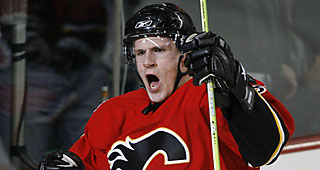 Dion Phaneuf has called it a career.

The defenseman announced his official retirement from the NHL on Tuesday, after playing 14 seasons and 1,048 games.

Drafted ninth overall by Calgary in 2003, Phaneuf suited up for the Flames, Toronto Maple Leafs, Ottawa Senators and Los Angeles Kings. He recorded 137 goals and 494 points, adding another 21 points in 55 playoff games.