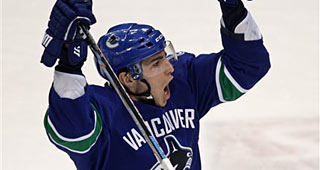 The Senators are gearing up for a postseason push, acquiring veteran forward Alex Burrows from the Canucks for prospect Jonathan Dahlen on Monday.

The deal was announced two days before Wednesday's NHL trade deadline and gives the Senators a skilled pest with plenty of playoff experience. 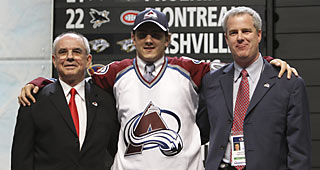 The Washington Capitals, already touting an NHL-best 89 points, acquired one of the top players available on the trade market in defenseman Kevin Shattenkirk on Monday night.

The Blues get forward Zach Sanford, a 2017 first-round draft pick, and a conditional future second-round pick. 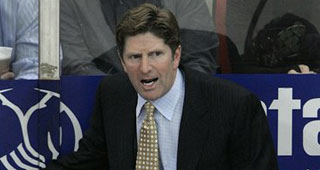 The Maple Leafs announced Monday that the club has acquired forward Brian Boyle from the Lightning in exchange for forward Byron Froese and a 2nd round draft pick in 2017.

Froese, 25, skated in two games with the Maple Leafs this season. He also appeared in 48 games with the Toronto Marlies, registering 39 points (24 goals, 15 assists) and 18 penalty minutes. 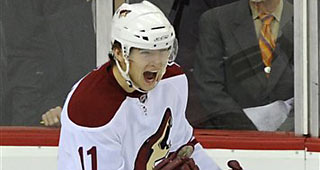 "On behalf of the entire organization, we would like to thank Martin for all of his contributions to the Coyotes on and off the ice over the past 10 seasons," said Chayka. "We wish him the best of the luck in the future." 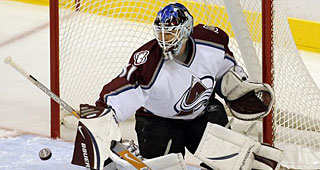 The Lightning have acquired goaltender Peter Budaj, defenseman Erik Cernak, a seventh-round pick in the 2017 NHL Draft as well as a conditional pick in 2017 from the Kings in exchange for goaltender Ben Bishop and a fifth-round selection in 2017, vice president and general manager Steve Yzerman announced today.

Cernak has skated in 41 games with the OHL's Erie Otters this season, registering three goals and 17 points. The 19-year-old defenseman has played in 82 career OHL games with Erie, recording seven goals and 32 points. 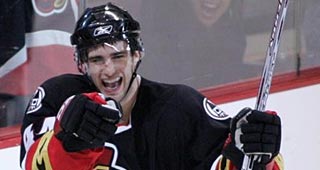 The Anaheim Ducks added scoring punch ahead of next week's NHL trade deadline, acquiring right wing Patrick Eaves from the Dallas Stars on Friday for a conditional second-round draft pick. 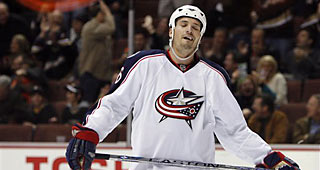 The Pittsburgh Penguins acquired veteran defenseman Ron Hainsey from the Carolina Hurricanes on the same day they announced that defenseman Trevor Daley will miss six weeks after undergoing knee surgery.

Pittsburgh sent a second-round pick this year and prospect Danny Kristo to Carolina in the trade. 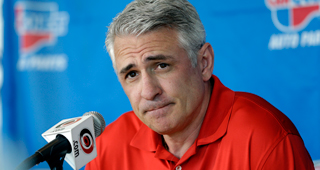 The Hurricanes have acquired the son of former NHL defenseman Ulf Samuelsson from the Canadiens in a trade of minor leaguers.

In the deal announced Tuesday, the Hurricanes picked up defenseman Philip Samuelsson from Montreal in exchange for defenseman Keegan Lowe.

Forward Ryan Callahan is out indefinitely after undergoing a second hip procedure in a year, the Tampa Bay Lightning announced Wednesday.

The Lightning are four points out of the second wild-card spot in the East. If they fell further behind, Callahan was a candidate to be moved by the March 1 trade deadline. If Tampa closes the gap further, it might add to its core.

Michael Stone scored one goal and had nine assists in 45 games with the Coyotes this season.

The Maple Leafs trade Viktor Loov to the Devils in exchange for Sergey Kalinin.

Claude Julien's plan is to "fix and tweak" the team's play.

The Kings have received a conditional fifth-round pick in the 2017 NHL Draft from the Capitals.

Henrik Lundqvist is the first European-born goaltender to reach the 400 win milestone.

Assistant coach Bruce Cassidy takes over as interim head coach of the Bruins.

Blues forward Robby Fabbri will miss the rest of the season with an ACL injury to his left knee.

The NHL and NHLPA are close to finalizing two international events next season.

Patrick Marleau scored his 500th goal as the Sharks beat the Canucks 4-1 on Thursday night.

The Wild have announced that Mike Yeo has taken over the head coaching duties for the team.