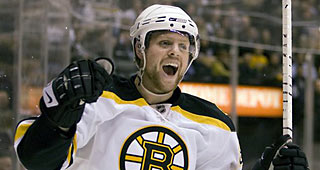 The Vegas Golden Knights scooped up one of the last remaining notable free agents Wednesday, agreeing to a one-year deal with American forward Phil Kessel.

The deal carries a price tag of $1.5 million and ensures another veteran presence on a team looking to return to the playoffs after missing out last season.

Nazem Kadri has agreed to a contract with the Calgary Flames, sources tell ESPN, as the free agent center ends weeks of speculation about his next NHL destination.

The contract is for seven years and carries a $7 million cap hit, according to a league source.

To make salary-cap space for Kadri, the Flames also are working on a trade to send center Sean Monahan to the Montreal Canadiens, according to multiple reports.

The Predators needed to boost their offense even after signing Filip Forsberg to an eight-year extension earlier this month.

The Devils landed Palat on a five-year deal with an average annual value of $6 million, the team announced Thursday.

Gaudreau's deal with the Blue Jackets is for $68.25 million, carrying an average annual value of $9.75 million against the NHL salary cap.

Goaltender Darcy Kuemper, who won the Stanley Cup with the Colorado Avalanche last month, has signed a five-year free agent contract with the Washington Capitals.

Kuemper, 32, agreed to a $26.25 million deal that carries an average annual value of $5.25 million against the salary cap.

The Dallas Stars signed forward Mason Marchment on Wednesday after his breakout season with the Florida Panthers, sources confirmed to ESPN.

Marchment, 27, signed a four-year deal with an average annual value of $4.5 million against the salary cap.

Free agent forward Andre Burakovsky is joining the Seattle Kraken on a five-year contract worth $27.5 million.

The big winger is coming off a career-best regular season in which he scored 22 goals and 61 points in 80 games with the Colorado Avalanche.

Oilers Grant Evander Kane Permission To Talk To Other Teams

Tuukkla Rask Could Return In December, Only Wants To Play For Bruins