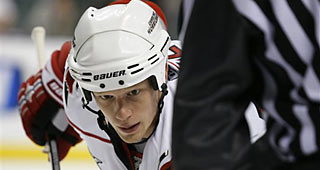 Kevyn Adams didn't have to do too much homework on center Eric Staal in completing his first trade as Buffalo Sabres general manager.

A former NHL player, Adams had plenty of firsthand insight on the 17-year veteran going back to their days as teammates with the 2006 Stanley Cup champion Carolina Hurricanes.

"Eric Staal has had a world-class career," Adams said Wednesday, shortly after acquiring Staal in a trade that sent forward Marcus Johansson to the Minnesota Wild.