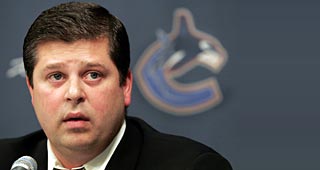 David Nonis, Senior Vice President and GM of the Maple Leafs, announced Friday the club has agreed to terms with goaltender James Reimer on a two-year contract.

A native of Morweena, Manitoba, Reimer has appeared in 140 NHL games, registering a 65-48-15 record with a 2.85 goals against average, a .914 save percentage and 11 shutouts. He was originally selected by Toronto in the fourth round, 99th overall, in the 2006 NHL Entry Draft.