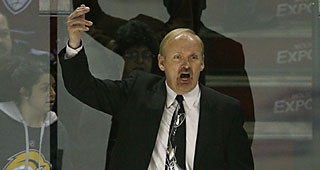 "It's exciting because I've had [three] two-goal games in my career, so it's nice to cap it off with the third one tonight," Hughes said.