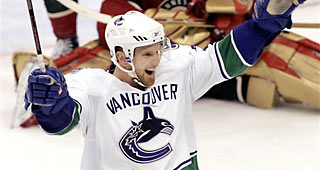 The Sedin twins and Luongo were elected in their first years of eligibility back in June, while Alfredsson had waited since 2017.