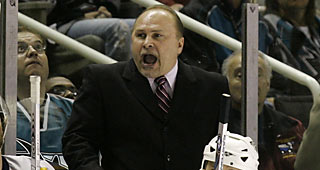 Barry Trotz will not coach in the NHL next season, saying he's certain he's not in a position to give the time and commitment required to do any job to his standard.
In an exclusive interview with NHL.com on Friday, the 59-year-old said he wrestled long and hard with the decision about taking another job in the League since being fired by the New York Islanders on May 9. He determined that it is time to put family and personal matters first.

"I've got some things personally that I've got to take care of, family-wise that I've got to take care of," Trotz said Friday. "I didn't feel… if I'd said I'll take the job, I think I would have done any team a little bit of a disservice and myself a disservice because to be a coach in the NHL, it is demanding and it requires your all. It just does, emotionally it just does, mentally it just does. So I couldn't go down that path.