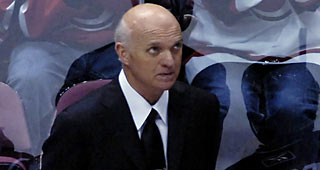 Lou Lamoriello of the New York Islanders has won the Jim Gregory general manager of the year award for the second straight year, adding yet another keepsake to a stellar career.

The NHL announced Tuesday night that Lamoriello finished ahead of fellow finalists Marc Bergevin of the Montreal Canadiens and Bill Zito of the Florida Panthers. Colorado's Joe Sakic was fourth and Vegas' Kelly McCrimmon was fifth in voting by GMs, league executives and media members after the second round of the playoffs.