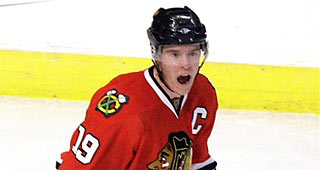 Representatives from the NHL and NHL Players' Association have met numerous times over the past eight months.

Unlike previous collective bargaining negotiations that spilled out into the public, few details are emerging from behind closed doors, a development that provides more than a little quiet optimism that hockey won't face its third work stoppage in two decades.

"It's probably the way it should be, and I think that's probably a good sign that there is some mutual respect and both sides are trying to come to agreements," Blackhawks captain Jonathan Toews said. "You have mutual dedication to keeping our game going down the same path and not disrupting that."