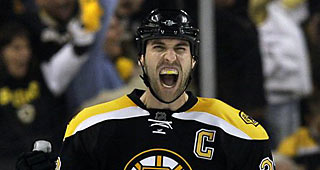 Zdeno Chara, the hulking defenseman who captained the Boston Bruins to their sixth Stanley Cup, announced Tuesday he is retiring from the NHL.

The 45-year-old finishes his career with 209 goals and 680 points in 1,680 games over 24 seasons with the New York Islanders, Ottawa Senators, Bruins and Washington Capitals before returning to the Isles for the 2021-22 season. Chara scored twice and had 14 points while averaging nearly 19 minutes of ice time over 44 games in what ultimately became his final NHL campaign.