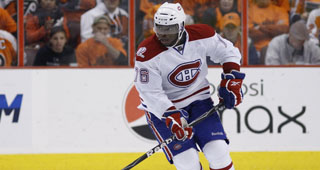 P.K. Subban announced on Tuesday his retirement from the NHL following 13 seasons played among the Montreal Canadiens, Nashville Predators and New Jersey Devils.

The defenseman suited up in 834 career games, with 115 goals and 467 points. He revealed "the end of this chapter" to his career in an Instagram post.