Zdeno Chara To Decide His NHL Future In September 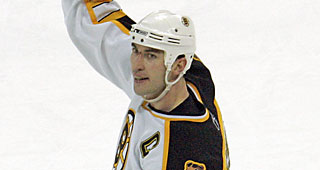 Zdeno Chara is not ready to decide on his NHL future and will do so in September, his agent told The Boston Globe.

The 45-year-old defenseman played for the New York Islanders this season, his 24th in the NHL, and can become an unrestricted free agent July 13.

"He's going to take the summer with his family and assess where he's at physically, where his family's at, and make a decision in September," agent Matt Keator told the Globe in comments published Saturday. "No rush."