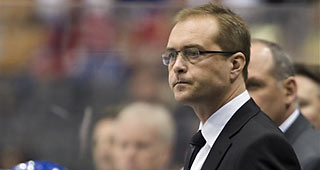 Paul Maurice has been hired as the new head coach of the Florida Panthers, replacing interim coach Andrew Brunette, a source confirmed to ESPN.

Maurice, 55, stepped down from the Winnipeg Jets after 29 games this season, ending a nine-year stint with the franchise. He has coached 1,685 regular-season NHL games, the fourth most in NHL history, and is seventh in career wins with 775. He previously coached the Jets, Carolina Hurricanes, Hartford Whalers and Toronto Maple Leafs.