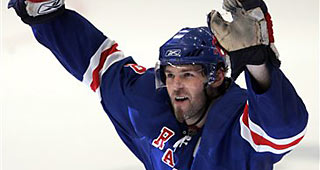 Jaromir Jagr said he feels obligated to continue playing for the team he owns in the Czech Republic, even though the former NHL forward admits his skills are declining with his 50th birthday approaching.

"Do you know why I'm still playing?" Jagr told The Hockey News in comments published Wednesday. "I have a responsibility to the club, otherwise I wouldn't fly here and I wouldn't be making a fool of myself. But if I quit, the partners and sponsors would leave and the club may be done. I have no choice. People don't understand it, but I don't care. Only God will judge me. I expect much more from myself, and I also believe that I have it in me."

Jagr took over as majority owner of Kladno from his father, also named Jaromir, in 2011.ro