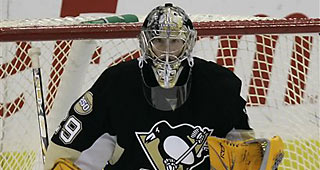 Reigning Vezina Trophy winner Marc-Andre Fleury has agreed to play for the Blackhawks, a source confirmed to ESPN's Emily Kaplan.

The Blackhawks posted a flower emoji on their Twitter account early Sunday morning, then multiple reports said Fleury had decided to play for Chicago.

The Blackhawks had acquired Fleury from the Vegas Golden Knights for minor league forward Mikael Hakkarainen on Tuesday.

Fleury, however, was contemplating his future after his agent, Allan Walsh, said the three-time Stanley Cup-winning goaltender was caught off guard by the trade, with sources telling ESPN that he found out about it via social media.