Rick Tocchet Out As Coach Of Coyotes 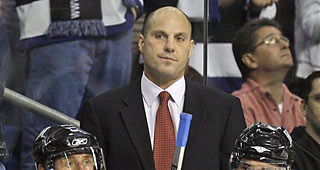 Rick Tocchet turned the Arizona Coyotes into playoff contenders, even led them to the postseason during the pandemic season.

The Coyotes were unable to consistently cross the bridge into the playoffs in four seasons under Tocchet, so new general manager Bill Armstrong opted for a change.

Arizona announced Sunday that Tocchet is out as coach, a day after the team missed the playoffs for the seventh time in eight seasons.