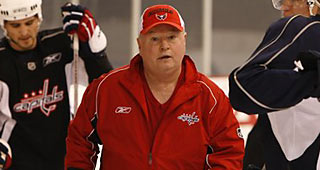 "The thing about that job is it would be great to start with a team that is starting fresh and to be the builder of something," Boudreau told the website. "I think that is a real exciting thing. Even though it was in the minors, I got a chance to start a team in a new league in Muskegon (in the Colonial Hockey League in 1992) and in Mississippi (in the ECHL in 1996) too. ... It is exciting for you because it is something brand new."

The 66-year-old has not coached in the NHL since being fired by the Minnesota Wild on Feb. 14, 2020, in his fourth season with them.