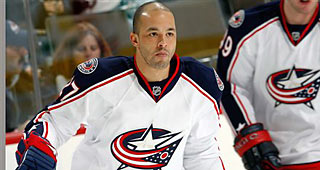 The Maple Leafs announced today that the club has hired Manny Malhotra as an assistant coach. The 40-year-old replaces former assistant Paul McFarland who rejoined the Kingston Frontenacs of the OHL.

“I’m very grateful to the Canucks organization for the opportunity given to me to start my coaching career. It was truly a great experience to learn from Travis Green and the rest of his staff,” said Malhotra. “I’m now very excited for this opportunity with the Leafs moving forward — to be with Sheldon, his staff and this young, talented team.”

“The work ethic, character, intelligence and attention to detail that made Manny the ultimate teammate when he played are all assets that have translated to his coaching. That, combined with his charisma and communication skills, make us really excited to have him join the organization,” said Maple Leafs head coach Sheldon Keefe. “On behalf of the Leafs, I’d like to thank Travis Green, Jim Benning and the Canucks organization for the opportunity to speak with Manny.”