Ilya Kovalchuk To Play For Kings 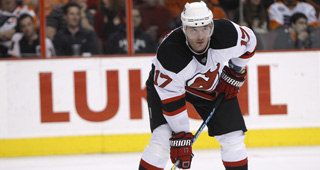 Ilya Kovalchuk has agreed to a three-year deal with the Los Angeles Kings, the team announced Saturday.

The average annual value of the contract is $6.25 million, a source told ESPN.

"We are excited to add Ilya to the LA Kings organization," vice president and general manager Rob Blake said in a statement. "He gives us an added element of skill and scoring along with a desire to win. We will withhold further comment until July 1."