Rangers Remain NHL's Most Valuable At $1.5B 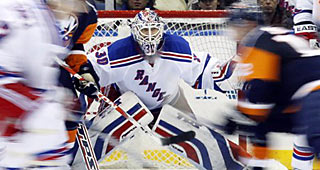 The New York Rangers are worth an NHL-high $1.5 billion as team values continue to rise, according to the latest estimate by Forbes.

In its annual list of franchise valuations, Forbes says the average NHL team is now worth $594 million, up 15 percent from a year ago. It comes on the heels of Bill Foley's group paying $500 million for the expansion Vegas Golden Knights, who come in 14th among 31 teams.