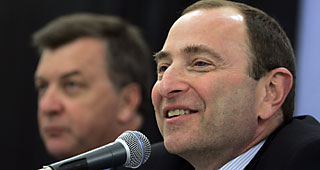 Seattle's chance to land a NHL franchise improved greatly on Monday, when the Seattle City Council overwhelmingly approved a memorandum of understanding for the $660 million, privately financed redevelopment of KeyArena.

The Oak View Group was given the MOU months after unveiling plans to dramatically redevelop KeyArena, which opened its doors in 1962, and improve transportation around it. Currently, the WNBA's Seattle Storm call KeyArena home. It previously was home to the NBA's Seattle SuperSonics, who relocated to Oklahoma City to become the Thunder in 2008.

The ambitious timeline laid out by Oak View would have the building ready by October 2020, if it obtains the necessary environmental approvals by October 2018.