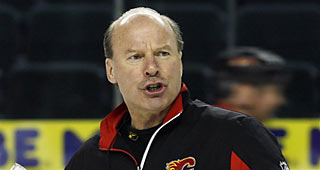 Mike Keenan, one of the most successful and divisive coaches in NHL history, has been relieved of his duties as coach of the Kunlun Red Star, a second-year Kontinental Hockey League franchise based in China.

Keenan has been replaced by former NHL player Bobby Carpenter, the team's assistant coach, on an interim basis.