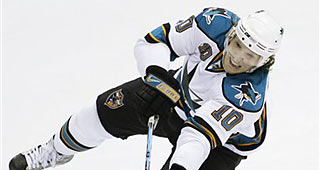 The Kings have placed defenseman Christian Ehrhoff on waivers, a person with direct knowledge of the decision tells The Associated Press.

The person spoke on the condition of anonymity Wednesday because the Kings have not announced the move.

The 12-year NHL veteran is on his third team in three seasons after signing a one-year contract with Los Angeles last summer.