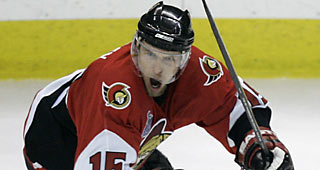 The Ducks announced today that the club has signed left wing Dany Heatley to a one-year contract through the 2014-15 NHL season.