Grabovski Has Harsh Words For Carlyle 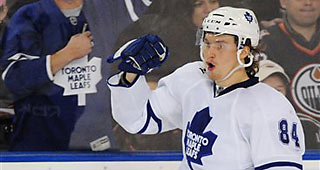 Hours after being waived by the Maple Leafs, Mikhail Grabovski took aim at former coach Randy Carlyle, according to an ESPN.com report.

Grabovski's harsh words for Carlyle came after the club bought out the final four years of his contract. Grabovski signed a five-year, $27.5M contract in March.

Maple Leafs Senior Vice President and GM Dave Nonis released the following statement Thursday regarding Mikhail Grabovski’s contract.  Grabovski was placed on unconditional waivers today for the purpose of being bought out under the Compliance Buy-Out provisions of the CBA.

“I would like to thank Mikhail for his contributions with the Leafs over the past five seasons. This was not an easy decision to make as Mikhail made numerous contributions to our hockey club. This is a roster move that will give us salary cap flexibility moving forward.” 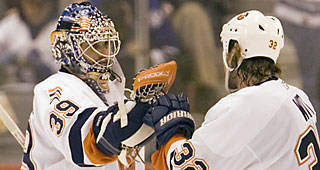 The Islanders will place Rick DiPietro on waivers Tuesday in advance of using a compliance buyout to part ways with the veteran goaltender, a source confirmed to ESPNNewYork.com.