The Canadiens have agreed to a two-year contract extension with forward Dale Weise, according to an ESPN.com report.

He made $750,000 this season and was set to become a restricted free agent July 1. He reportedly will earn a total of $2M over the next two seasons. 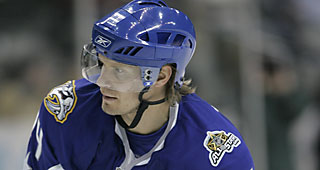 The Flyers have announced a one-year contract extension for defenseman Kimmo Timonen, according to an ESPN.com report on Friday.

According to an NHL source, it's a deal with a base salary of $2M and bonuses that could push it close to $4M if Kimonen, 39, activates them.

The Lightning have signed left wing Ondrej Palat to a three-year contract, the team announced Monday.