Boughner was officially elevated form interim status on Tuesday, after having coached the team for 37 games in the 2019-20 season after the firing of head coach Peter DeBoer. Boughner, who had been an assistant coach for San Jose, went 14-20-3 before the regular-season was paused on March 12 due to the COVID-19 pandemic.

Only it had more to do with his home country than his home arena.

Draisaitl became the first German player to win the Hart Trophy as MVP after leading the league in scoring with 110 points in 71 games. He also won the Ted Lindsay Award for most outstanding player as voted by peers.

With a pair of first period assists in Game 2, Lightning winger Nikita Kucherov matched -- then surpassed -- Tampa Bay's record for most points in a single postseason.

But after leading the Lightning to a 3-2 win over the Stars on Monday, to even the Stanley Cup Final 1-1, Kucherov is still looking for more.

The National Hockey League announced this evening that Colorado Avalanche defenseman Cale Makar is the recipient of the 2019-20 Calder Memorial Trophy as the NHL’s rookie of the year.

Makar received 1,538 voting points, including 116 first-place votes, beating Vancouver defender Quinn Hughes (1,337 points) and Chicago forward Dominik Kubalik (554 points). The Calder Trophy, which dates back to 1933, is awarded “to the player selected as the most proficient in his first year of competition in the National Hockey League.” The winner is chosen by the Professional Hockey Writers Association in a poll at the end of the regular-season schedule.

Makar is the first defenseman in Avalanche/Nordiques history to win the Calder Trophy.

Steven Stamkos joined his teammates for morning skate on Monday, but the Lightning captain's status for Game 2 of the Stanley Cup Final remains murky.

"If you've been following along with my press conferences, I really don't reveal anything about my lineups," Tampa Bay coach Jon Cooper said on Monday. "You'll have to tune in tonight to find out. It's probably frustrating for a lot of people, especially in the day of social media, but we'll have our lineup today and 20 guys will be in the lineup that give us the best chance to win."

Severely outplayed in Game 1 of the Stanley Cup Final in losing 4-1 to the Dallas Stars Saturday, the Tampa Bay Lightning appeared optimistic Sunday about seeing their captain, Steven Stamkos, return to game action.

Coach Jon Cooper said Stamkos "is inching his way closer" but declined to specify whether he'd be available for Monday's Game 2.

"I guess there's always a chance, but as of now, I don't think so," Cooper said. "But that's why you've got to tune in and find out."

In Game 1 of the Stanley Cup Final, the Dallas Stars did a lot of things to make coach Rick Bowness happy. They limited the Tampa Bay Lightning's chances. Their defensemen were active all over the ice. Most importantly, they posted a 4-1 win and took a 1-0 series lead. 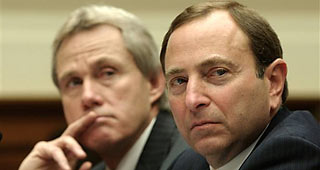 NHL commissioner Gary Bettman admitted on Saturday that he "would not be surprised" if the start date for the 2020-21 season "slips into later December, [or] could slip into January."

"There's still too much we don't know," Bettman said Saturday, speaking from the Edmonton bubble ahead of Game 1 of the Stanley Cup Final. "Nobody can tell me whether or not the border between Canada and the United States will be open by a certain date, nobody can tell me what the state of COVID-19 is going to be, nobody can tell us whether our arenas will have either socially distanced or fully occupied buildings. And we're going to have to do the same thing we did for return to play: explore all the options, be flexible and agile enough to implement when the appropriate time comes."

Lightning captain Steven Stamkos is out, Brayden Point is hurting and Anthony Cirelli is hobbling, too.

The Lightning enter the Stanley Cup Final on Saturday against the Stars with several key players dealing with injuries.

The biggest question remains Stamkos, a two-time Richard Trophy winner who has been chasing an NHL title for 12 seasons. He has yet to play this postseason because of a lower-body injury.

In speaking with the media Friday, Tampa Bay GM Julien BriseBois didn't seem optimistic about the captain's return, at any point, but only went so far as to discuss Game 1.

"He's still rehabbing. We haven't ruled him out," BriseBois said. "I don't expect him in the lineup [Saturday]."

The NHL said it was aware of an incident where a Florida Panthers assistant coach allegedly kicked a player on the bench, but said that it left any investigation and punishment up to the team.

Canada's TSN reported this week that coach Mike Kitchen, 64, kicked a Panthers player on the bench during a Jan. 20 game between Florida and the Minnesota Wild. The report claimed that Panthers head coach Joel Quenneville and general manager Dale Tallon were made aware of the incident after the game.