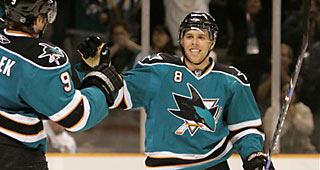 Feeling good after finally being able to correctly predict the winners of the Conference Finals, the 2016 Stanley Cup finals have the potential to be a classic series.

The Penguins were in disarray in December when head coach Mike Sullivan replaced Mike Johnson, but the team has been spectacular through April and May, with a chance now to win a fourth Stanley Cup. With their stars Sidney Crosby and Evgeni Malkin surrounded by a new cast of speed player’s, the Penguins are equipped to make a strong run at the Cup.

The Sharks are excelling in all aspects of the game at the right time. Joe Pavelski leads the NHL with 13 postseason goals, including four game-winners. San Jose has been successfully dictating their style of play by putting their opponents in a position to make rushed decisions.

It should be an entertaining and tight series but the Sharks' ability to be the better and more consistent checking team will decide the final outcome.