RealGM's Predictions For The 15-16 NHL Season 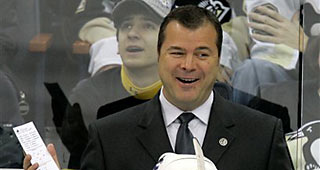 The Ducks are this year’s trendy pick for the Stanley Cup, but a number of quality teams will challenge Anaheim this season.

I’ll take the New York Rangers coming out of the East, and defeating the Ducks in the finals.

NHL Coaches On The Hot Seat:  Everyone not named Mike Babcock.  The first coach to go will most likely be Ken Hitchcock, if the Blues don’t get off to a good start.

Game–Changers this year: The three-on-three overtime is introduced that will decide a large percentage of games that are tied after regulation (75+%), along with the coaches challenge for offside and goalie interference.