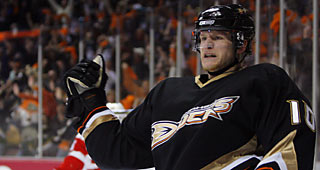 With the New York Rangers overtime win over the Washington Capitals in Game 7 on Wednesday night, we went 3-1 in our NHL semifinals predictions.

We’re excited about the Conference Finals...so this is how each of the series should play out.

Both the Rangers and Lightning are speed teams, and appear to be mirror images of themselves. We see the Rangers winning the series in 7 games.

The Blackhawks won two of three regular season games against the Ducks. Both teams are versatile and will battle hard throughout the series.  We’ll take the skillful Blackhawks in 6 games.